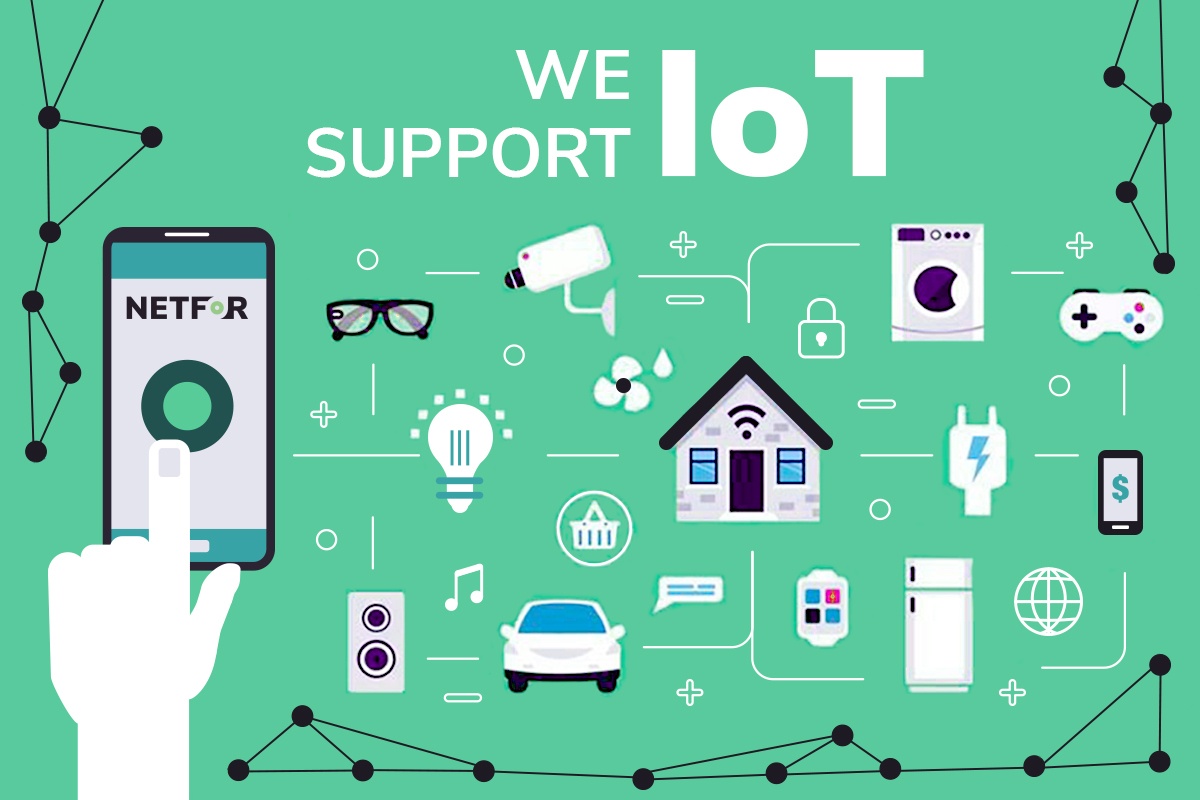 Society celebrates inventors and innovators. We remember their names and regard their brilliance with awe. What we never consider is the limited role they actually play in their own success.

Across the street from our Fishers headquarters is the Indiana IoT Lab, focused on supporting what’s come to be called the Internet of Things or IoT. Inside are dozens of today’s inventors, obsessed with unique ideas and new ways to enhance life. They conceptualize, engineer, invent, design, prototype, test, and if all goes well, deliver products with the potential to transform the ways we live and work.

Yet being able to realize that potential has little to do with their ingenuity. History is full of heartbreaking stories of brilliant ideas that languished while inferior competitors gained traction and generated revenues.

So what determines which of those innovators becomes a household name? In most cases, it will be the infrastructure that transforms their idea from a cool prototype to a successful product. It’s one thing to create a half-dozen prototypes to wow a prospective early-stage investor. Configuring, deploying and shipping 20,000 units a week — and delivering customer support when they fail in the field — now, that’s an entirely different game.

The Internet of Things really isn’t all that new. For the past few decades, we’ve added products and devices that leverage data and technology in new ways. You’ll find the successful ideas in your home and your workplace, while thousands of others that once demonstrated just as much promise fell off the face of the earth.

All those inventors had the vision to create amazing new ideas. The successful ones also had the foresight to grasp the steps required to make their ideas commercially viable. It’s more than finding a manufacturer capable of producing the desired quantities at an attractive price. For most products — especially those for which technology is integral — it also takes a complete supply and service infrastructure.

“One thing I’ve found in my years working with a lot of entrepreneurs is they have this tendency and an ability to focus on their core technologies and skills,” says Jason Pennington, who as the IoT Lab’s executive director has worked with a variety of companies with varying degrees of experience. “It can be hard for them to admit they don’t know everything they need. They have the technology, but they’ve generally never managed an HR group or put together a bill of materials and pricing pages and those sorts of things.”

After all, consumer expectations have changed dramatically in recent years. If you were an early personal computer buyer, you knew you were in for hours of configuration and troubleshooting before you could start playing solitaire or exploring Prodigy. Today’s consumer expects every device to work perfectly right out of the box. The same is true with business products because business buyers are also consumers.

The products that have captured consumers’ attention are the ones that start serving them with a minimum of fuss. Nest thermostats, Tesla cars — the list goes on and on. Buyers want to start using a new device immediately, not spend time thinking about how it should work or trying to make it work. That’s why mobile phone providers kit and configure every device they sell, equipping each with a fully charged battery.

It sets a high bar for IoT developers, and it’s something they need to start considering long before they’re shopping for manufacturing capacity. If a new device is going to be welcomed by the marketplace, someone has to warehouse it, pick it, configure it, pack it, and ship it. If it’s not at a user install level, someone has to install it, and if it is easy enough for the user to handle, someone has to be ready to provide support when the inevitable problems or “how to” questions crop up — and do it in a way that strengthens the buyer’s affection for the product and builds brand loyalty.

More Than a Great Idea

“They may have a great idea, but they need to take an analysis of where they are and how well they understand their customer,” Pennington adds. “You need to know what you’re selling and who you’re selling it to, and if you can’t answer that, it becomes a much deeper conversation.”

It’s hard enough for an IoT developer to devote time to finding sources for the next round of funding, much less tracking down a long list of prospective vendors for all those other services. Netfor has a long and successful history of playing all those roles for a broad range of technology companies, making us uniquely equipped to simplify and streamline the entire process for IoT developers.

In other words, Netfor can provide all the services needed to put a developer’s successful idea in the hands of consumers and businesses, including field installation and configuration when required, then back up the product with 24/7 technical and customer support. We become an extension of the developer, operating transparently so the proven services we provide are delivered in the name of the developer’s company, providing positive experiences in an age when consumer reviews are a critical form of currency.

And, as developers create additional IoT devices or partner with other developers whose devices offer complementary benefits, Netfor becomes a one-stop-shop. Consumers and users call one number or access one online portal to receive friendly, responsive support for any number of devices in their homes or businesses. If the IoT device involves some type of monthly recurring revenue, our established and proven infrastructure can automate the processes on behalf of the developers.

How can an IoT developer leverage these capabilities most effectively? The key is to begin the initial conversations as their ideas are moving out of the prototype stage. Often, developers don’t realize how much help they need until their first batch of product ships and their engineers are overwhelmed with phone calls from frustrated buyers. It’s one thing for a company’s engineers to work directly with beta testers, but few have the skills or the desire to deliver flawless customer support on a broader scale, nor do they have the time.

By talking with a proven provider like Netfor early in the product lifecycle and thinking through all the steps needed to get a product into the marketplace and support it effectively, developers can head off the kinds of problems that can easily derail a brilliant idea and approach the next stage of their business more strategically. A partner that’s able to handle the nuances of making a product easy to deploy and has extensive experience with supporting hardware and devices can provide significant advantages in today’s unforgiving marketplace — and make the developer look even smarter in the eyes of the industry. 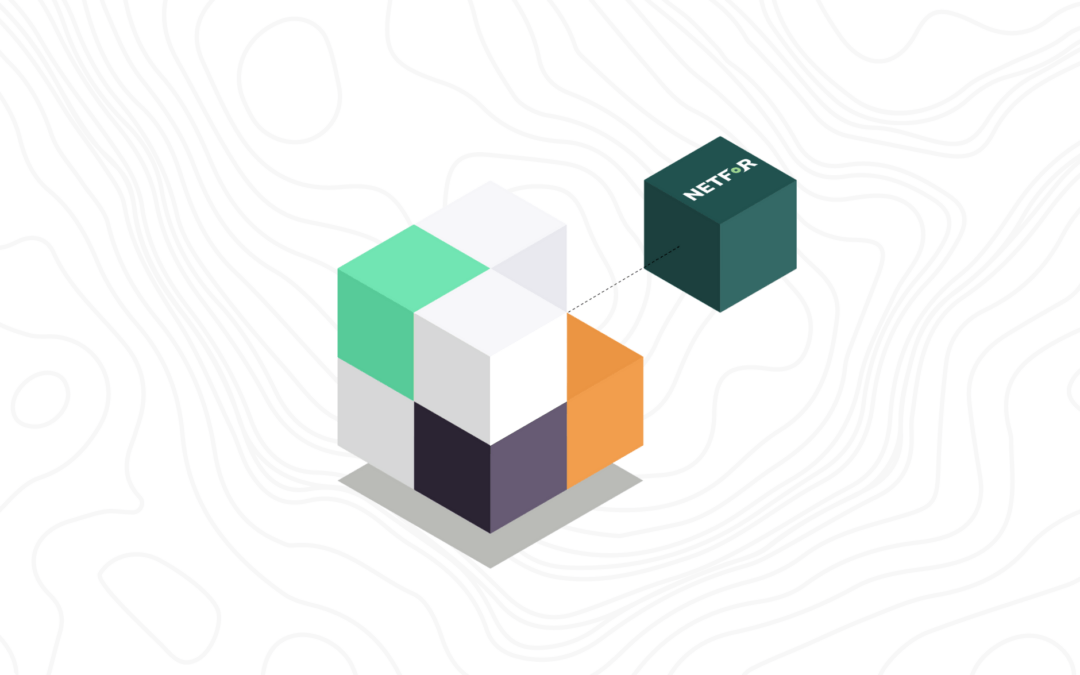 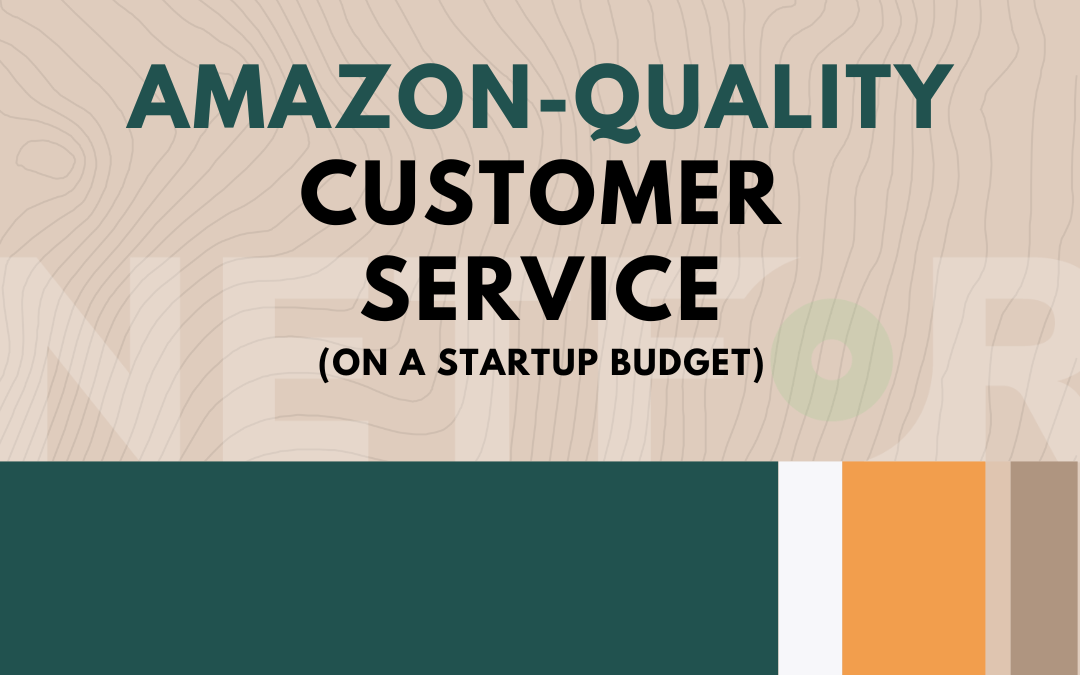 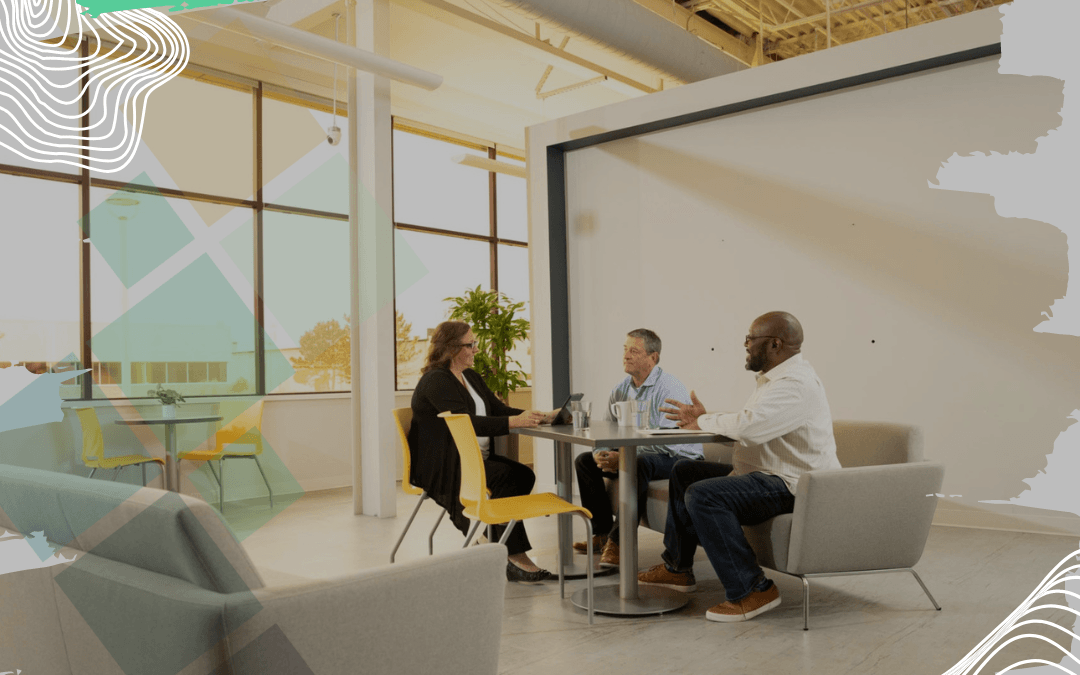 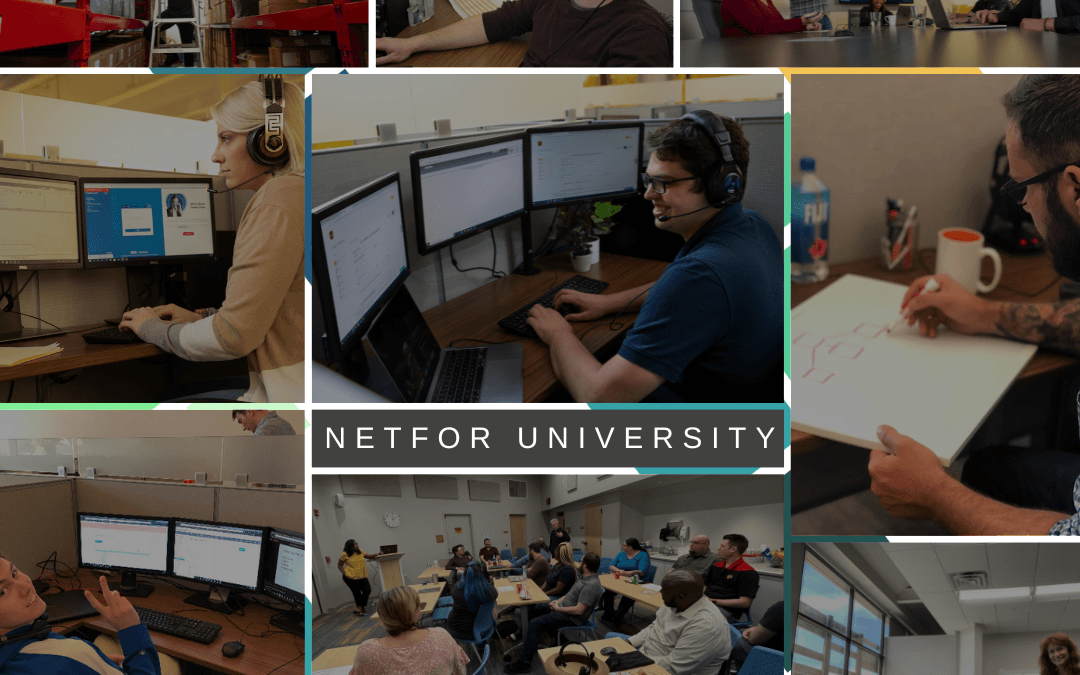 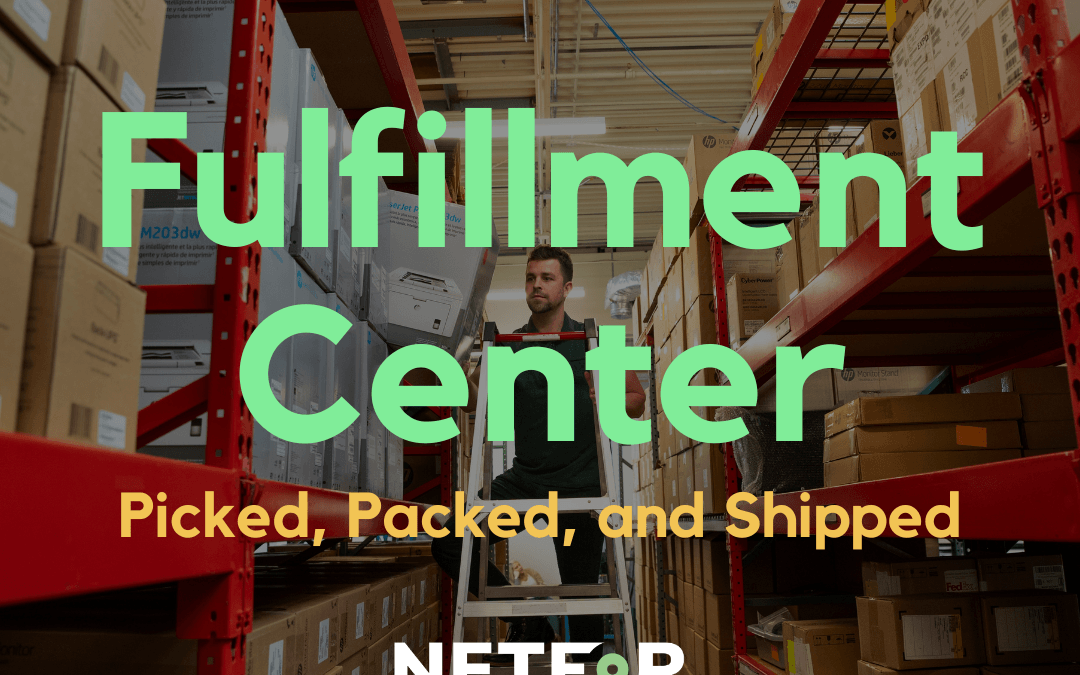 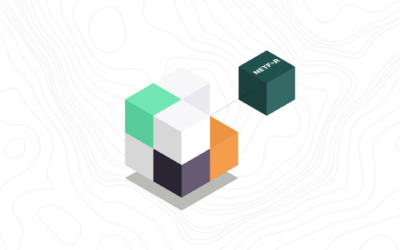 If one of your company's challenges is installing, maintaining, or servicing technical equipment... 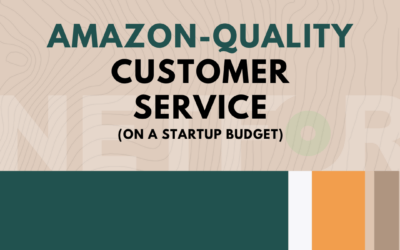 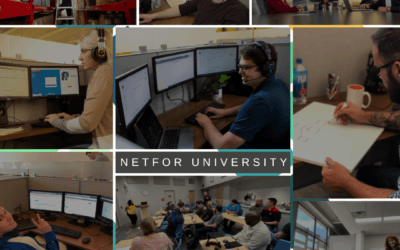 Missing in most of the discussions about the 'Great Resignation' is one of the biggest costs...